The benefits of CBD oil for humans has been well documented over the years. Cannabidiol is extracted from the flowers or buds of cannabis, better known as marijuana. CBD does not produce the high that is associated with marijuana, as it does not contain tetrahydrocannabinol (THC). As a result, CBD oil is very safe.

With this knowledge, many vets have started recommending CBD oil for pets. A study from Colorado State University showed that healthy dogs tolerated CBD well, with just a few reports of mild diarrhea. There was also a slight elevation in their liver enzyme levels. More extensive studies are required to determine the long-term effects of CBD on pets, but they currently do not believe there will be any threat of liver toxicity.

Why Consider CBD Oil for Pets?

Humans and animals have many things in common, so if something works well for one, it would be worth the effort to try it on the other. Humans often use CBD oil for anti-inflammatory effects, as well as help with pain, anxiety, aggression, muscle spasms, seizures, and neurological disorders.

Since dogs and cats have an endocannabinoid system like humans, it makes sense that they could benefit from CBD oil as well. CBD drops and treats are available for animals to help ease some conditions that may be causing discomfort to your pet. Some of the conditions CBD oil has shown positive effects for include:

Anxiety – CBD works its way through the Endocannabinoid system to produce a calming effect on our furry friends.

Arthritis – CBD has anti-inflammatory properties that help reduce the swelling in joints that can lead to arthritis.

Seizures – CBD has proven to reduce the length of seizures in some pets. It has also been shown to decrease the number of seizures that our pets have during the day.

How Much CBD Should be Administered?

The process of determining appropriate amounts of CBD for humans can be complicated. The same goes for animals. It is important to remember that CBD is non-toxic, which means overdosing on CBD will not cause fatalities. Some guidelines for giving your pet CBD oil include:

Since CBD oil is not officially regulated for pets yet, it can be tricky to find the right kind of CBD oil for your pet. When searching for CBD oil, consider the following factors:

Is CBD Oil Right for Your Pet?

CBD oil may be just what your pet needs to feel better. It could help relieve some of your pet’s symptoms and make life easier for you and your pet. If you decide to give CBD oil for your pet a try, remember to always consult your veterinarian first. Many veterinarians support the positive effects of CBD oil, but you don’t want to risk any adverse effects on your pet.

Since the 2012 election, the United States has seen an increase of states legalizing marijuana for either medical or recreational use. As of November 2018, 32 states and Washington D.C. have legalized weed for medical use. That’s because there is a mountain of research and anecdotal evidence that marijuana is a great alternative to traditional, pharmacological medicines.

Cannabis has been used to treat all types of illnesses and ailments since around 2900 BC. It’s an inexpensive but effective alternative to costly medications that, not only have dangerous side effects but may cause opioid addiction. Even though weed is still considered a Class 1 narcotic by the federal government, people have still been using it to heal.

Cannabidiol or CBD and Tetrahydrocannabinol or THC are both cannabinoids found in all varieties of the cannabis plant. THC is the chemical that induces the euphoric feeling or “high” while CBD does not.

Biopharmaceutical companies are now jumping on the CBD medicine train. However, like most drugs that people desperately need, the prices are incredibly expensive to the average user. For example, the FDA recently approved the first cannabis medication for epilepsy called Epidolex create GW Pharmaceuticals PLC- ADR. Depending on where you live and how much you need, Epidiolex can cost between $200 and $2000 a month. CBD oil from a trusted medical dispensary can cost less than $100.

There is plenty of anecdotal evidence that cannabis has healing properties. It’s been used for centuries to cure or heal various ailments. However, it remains illegal, federally, in the United States. One of the main reasons it has remained illegal federally is that the majority of federally backed research on marijuana has focused on potential negative effects instead of its potential to heal. But that’s changing. Institutions are conducting more and more research that back up the anecdotal evidence of the healing properties of weed. And there are so many illnesses and ailments where weed is, not only helpful but preferable to traditional medicine. 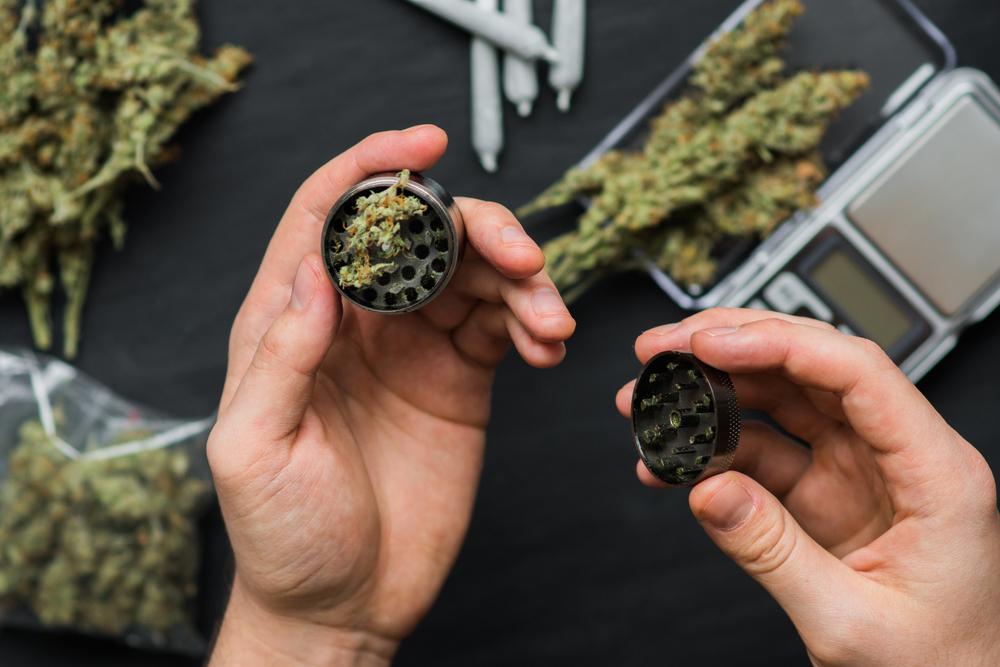 The United States has a serious problem with pain. According to 2011, The Institute of Medicine released a report saying “Chronic pain costs the nation up to $635 billion each year in medical treatment and lost productivity.” Much of the medical treatment for pain has been with addiction-causing opioids such as Morphine and Oxycodone. Most heroin users begin their addiction to opioids from pain treatment with morphine or other opioids before progressing to heroin. Marijuana is a safe, non-addictive alternative to treating chronic pain.

How does weed help with chronic pain? The feeling of pain is caused by the coordination of brain cells that tell the body something hurts. And there are two types of pain: nociceptive and neuroceptive. Nociceptive is the most common type of pain and is a result of tissue damage. Think inflammation, aches, throbbing, etc. Cannabis can weaken the intensity of the sensation of pain by blocking the neurotransmitters signaling the brain to tell your body to feel pain. Also,

Nociceptive pain can be weakened by reducing the pain signals at the site of injury by blocking the inflammatory process itself or the signals they elicit. Another strategy is to dampen their effects as they make their way up the spinal cord to the brain. The cannabidiols in weed can target both of these processes to reduce pain. THC has anti-inflammatory properties that are “driven through the activation of CB2 (brain) receptors on immune cells which dampens the body’s pain-inducing response to injury.” And CBD can block inflammatory mediators, reducing inflammation. In other words, it’s the interaction between THC and CBD with brain receptors that trigger pain relief, anxiety relief, appetite stimulation, and mood management.

Thankfully, more long-term human trials are taking place. But the evidence of short-term clinical trials is clear: there is no denying the marijuana positive health effects that patients have experienced.

Pot Rush Cannabis legalization legislation has been gaining voter’s and legislator’s approval in more and more U.S. states. As of right now, nine states have legalized marijuana for recreational and medical uses. Twenty-nine states have legalized marijuana for just medical use. Marijuana was first made illegal nationwide in 1937, but as time has moved on, many people have started to believe that marijuana didn’t deserve it’s federal and state illegality. This may be due to more research, revealing marijuana to be as harmful as alcohol or a general change in public opinion about the Cannabis plant.

Medical Uses Doctors have prescribed marijuana to treat a myriad of medical conditions. Some of these include seizure disorders like epilepsy, Crohn’s disease, nausea induced by chemotherapy, anxiety, depression, and insomnia. Unfortunately,  because marijuana is still illegal on the federal level it can be difficult for research to be done studying the effectiveness of these uses. However, many doctors and patients support the claims of marijuana’s medical benefits.

Medical Dispensaries While the process varies between states, to access a medical marijuana dispensary, a patient typically has to prove that they have a legitimate medical need. This medical need has to then be verified by a doctor. The patient is then able to get a medical card. The medical card allows the patient to buy and consume marijuana legally in their state. In most cases, a patient must be over eighteen although exceptions can be made. Marijuana at a medical dispensary may be more potent with higher levels of THC as it is intended for a medical grade use. Medical marijuana can also be tailored more to the specific ailments of a patient such as pain, insomnia or anxiety.

Recreational Dispensaries Many of the laws and processes required to buy marijuana at a medical dispensary are waived at a recreational one. In all the states that have legalized recreational marijuana, you must be at least twenty-one years of age in order to purchase and legally consume it The only other requirements for purchase are cash and a form of identification. Cash is usually required since most dispensaries are prohibited from using banks to process electronic card transactions. This is because profits from the sale of their product are still illegal federally. If cannabis dispensaries have their profits in banks, it could be seized from them legally by the federal government.

Recreational Uses Cannabis is consumed recreationally for similar reasons as alcohol. This is why it is typically regulated very similarly. Its use and legalization continue to be on the rise in the United States and around the world.